Building realistic characters for the stage using a Meisner based approach to acting.

Learn the tips and tricks to prepare for your next musical from
a 10-year Broadway veteran.

Register For a Workshop Today!

John Arthur was most recently the Stand-By for 5 Principle Characters, the Fight Captain & Dance Captian in the revival of Stephan Sondheim’s Company (Broadway). U/S Max Van Horn in Tootsie (Broadway), Theo – the lead singer of “No Vacancy” in School of Rock (Broadway); American Idol Season 15 – Farewell Season (FOX), Riff in West Side Story (Broadway); Doctor, U/S Mr. Wormwood in Matilda (Broadway); Robert Mullins in Peter Pan Live (NBC); Luke in Mim (Off-Broadway); Jonathan in Tick Tick Boom… (LA); Action in West Side Story (50th Anniversary European Tour); Jack Kelly in Newsies (Maltz Jupiter); Riff in West Side Story (Boston Pops Symphony); Danny in Grease (NCT – BroadwayWorld.com Award For Best Actor In A Musical) just to name a few. He performs his solo music all over the world, most recently singing “Heavens On Their Minds” for promotion of NBC’s Jesus Christ Superstar Live with the kids from School Of Rock,  “Gethsemane” for Andrew Lloyd Webber’s New York Times Talk and “Jailhouse Rock” for Mike Stoller’s 80th Birthday Celebration.
His Newest Single “LiNE & THE LETTiNG GO” is out now along with “March On!”, “Wild & Free”, “Hold Onto Me”, “Easy”, “Brooklyn”, “Takes Me Back” & his Debut EP “Shadows Of Light” are all now available on iTunes, Spotify, Amazon and YouTube under his own record label JAG Records.  The videos for “LiNE & THE LETTiNG GO”, “March On!”, “Over & Over”, “Wild & Free”,  “Easy” & “Creep” are available on YouTube.
For more – www.johnarthurgreenemusic.com.

Jeri Keith Liles has been working in the entertainment industry since 1985. She has performed in and directed shows in regional theatre, dinner theatre, and television and film throughout the United States. Jeri has taught theatre in several colleges over the years including Penn State and University of Tennessee and Pellissippi State College in Tennessee . She is co-founder of The Tennessee Stage Company which has been in operation since 1989 and still runs today with a yearly new play festival, Shakespeare in The World’s Fair Park series, and education and outreach programs. She is a co-founder of the Circa 21 Conservatory for the Performing Arts in Rock Island Illinois. Jeri moved back home to North Carolina after living several years as a performer, voice over artist, and audition coach in NYC, to raise her boys and continues to act and direct in area theatres. She has also worked as a teacher with the Wake  County Public School system’s Artist in Residence program. Jeri holds a Master of Fine Arts degree from the University of North Carolina, Greensboro. 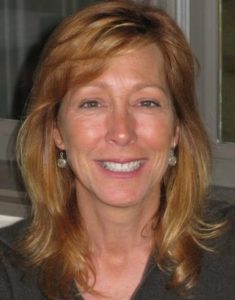 Become a Patron, Advertise With Us, Sponsor a Show, Volunteer, Act, Build, Grow Your Community. There are endless ways to join Harnett Regional Theatre.

These  projects are supported by the North Carolina Arts Council, a division of the Department of Natural and Cultural Resources.
Harnett Regional Theatre is a 501(c)(3) organization, and all contributions are tax deductible as allowed by law. Consult your tax advisor for more information.
Copyright 2019 Harnett Regional Theatre.